How I Made It to “The Tiger’s Nest”

I recently returned from an amazing trip to Bhutan; a small country tucked between Tibet and India. Bhutan is known as the happiest country in Asia promoting “Gross National Happiness”. It is also known for spectacular monasteries and terrain. One of its national treasures is the Tiger’s Nest.

It is said that the Guru Rinpoche (also known as the second Buddha) visited Bhutan in the 8th century. Legend has it that he flew in on the back of a tigress and stayed on the side of a cliff to meditate for three months. This place is known as Tiger’s Nest Monastery and is one of the most sacred religious sites in Bhutan. 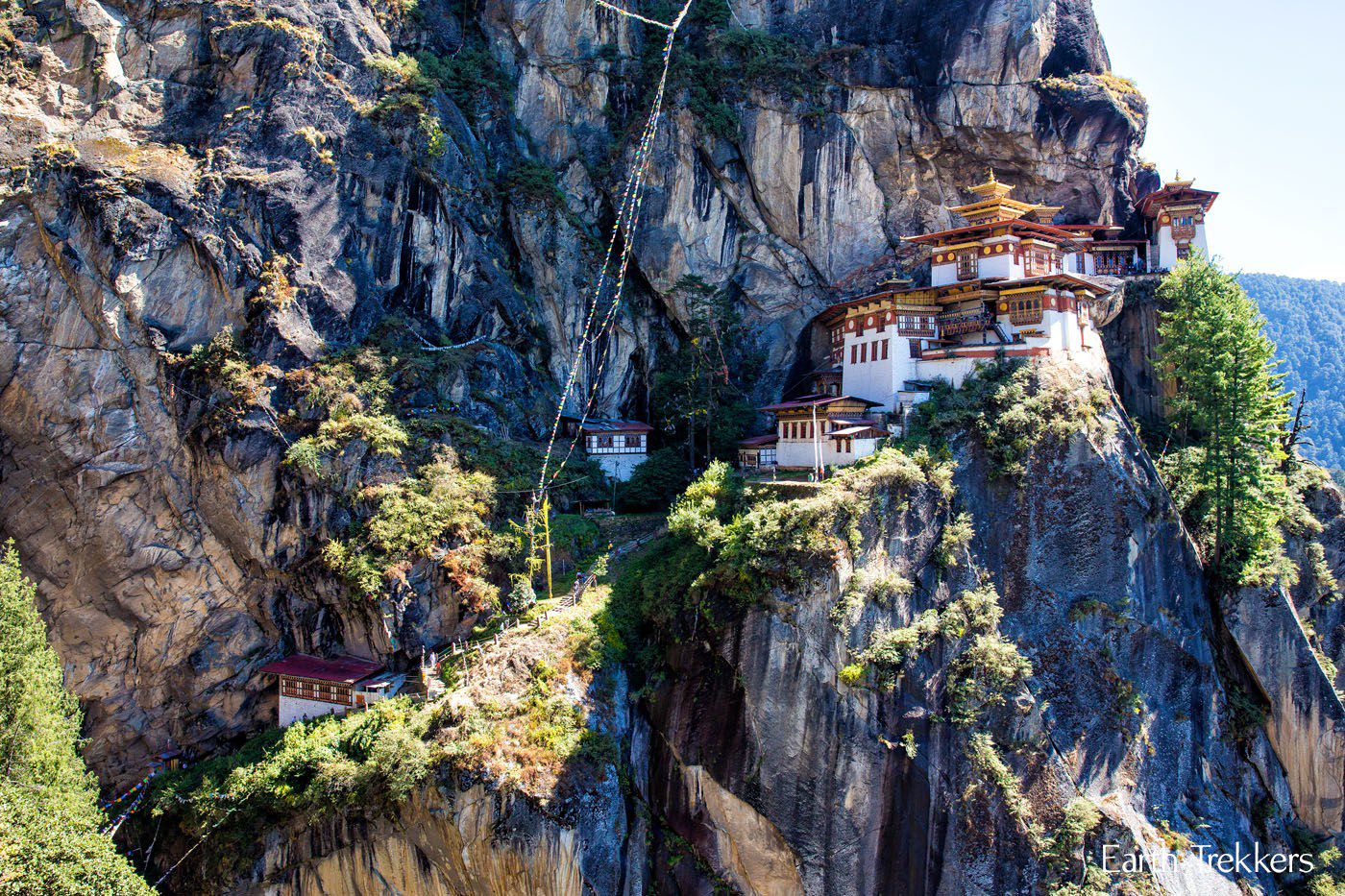 To get there you need to hike up the cliff that quickly goes from 7000 to 10,000 feet. It was not easy. Our guide said to take it slow and to stay in the moment. He also suggested repeating the meditation words that the monks use in prayer. The words are Om Mani Padme Hum. I am in pretty good shape, but I noticed as I started going higher than I was breathing heavily and getting light-headed.

So, I decided to give the meditation words a try. The harder it got, the faster I repeated them in my head. Before I knew it, I was at the top. I was amazed. I made it in one piece and it was beautiful and well worth the climb!

Meditation is something I have done most of my life. I have tried Transcendental Meditation, Mindfulness Meditation, and Yoga meditation. This was the first time I had tried the Tibetan/Buddhist form of meditation. They all work if you actually do them. That, of course, is the key.

For me, meditation has become a twice-daily habit just like brushing my teeth. If for some reason, I forget, I feel off balance. I do it because it makes me feel better. There is a fair amount of scientific evidence that substantiates that feeling. Recent studies of meditators have found that they are able to preserve more brain matter and function as they age compared to non-meditators. In addition: It is helpful with anxiety disorders, asthma, cancer, depression, heart disease, high blood pressure, pain, and sleep problems.

To meditate, you focus your thoughts either by repeating a word, set of words, following your breath or listening to a guided meditation. If done correctly, it lowers your blood pressure and pulse and will evoke a relaxation response in the body. It can be done anywhere or anytime. You can do it while you are walking or sitting quietly. There are tapes to help and phone apps.

There is no downside. If I can do it so can you. Meditation got me to the top of Tiger’s Nest. There is no telling where it will help you to go. Try it today!

As we age, we tend to lose a portion of our overall mobility, making it more difficult to get...