Grayvee Journey of Being a Most Talked Personality of Today

by Sophia Owen
in Lifestyle
0

Gary Vaynerchuk, a famous motivational speaker who is known for producing inspirational content for his audiences on Snapchat, Youtube, Facebook, Instagram, and LinkedIn, is also an author, vlogger, investor and entrepreneur. He founded a digital marketing agency with his brother. Before becoming the limelight in the digital market and a social media influencer, he was an entrepreneur. He is a great inspiration for everyone. Today, we will know about the grayvee journey of being a great face of social media.

The early life of Gary Vaynerchuk

On November 14, 1975, he was born in Bobruisk, Russia. Three-year-old Gary was moved to the United States by his parents as they wanted to leave the Soviet Union which was under the influence of communist during that time. They migrated to New Jersey and settled in the Edison. his father started working in a liquor store and after 10 years he became a partner in the wine business. His father later purchased a share of the business from his partner and became the full owner of the shopper’s discount liquors. Gary got an entrepreneurial spirit from his father. He sold flowers, lemonade stands, baseball cards, and more and made thousands of dollars during his teenage.

Unlike other parents, Gary’s parents never forced him to excel in school as they were satisfied with his endeavors through which he managed to make somewhere $ 2000-$3000 a week. He joined the family business at the age of 14. Grayvee learned many valuable lessons throughout his journey in the family business. Later, he went to Boston to earn a bachelor’s degree.

In 1988, after graduation, he rejoined the family wine business. However, during his graduation, he realized that the use of computers and the internet could take his family business to greater heights. He used many interesting marketing ways to serve his customers with weekly discounts and special offers. He also started a website then with the hope of increasing his wine store. His website was Wine Library through which he raised his business to $60 million in just five years. 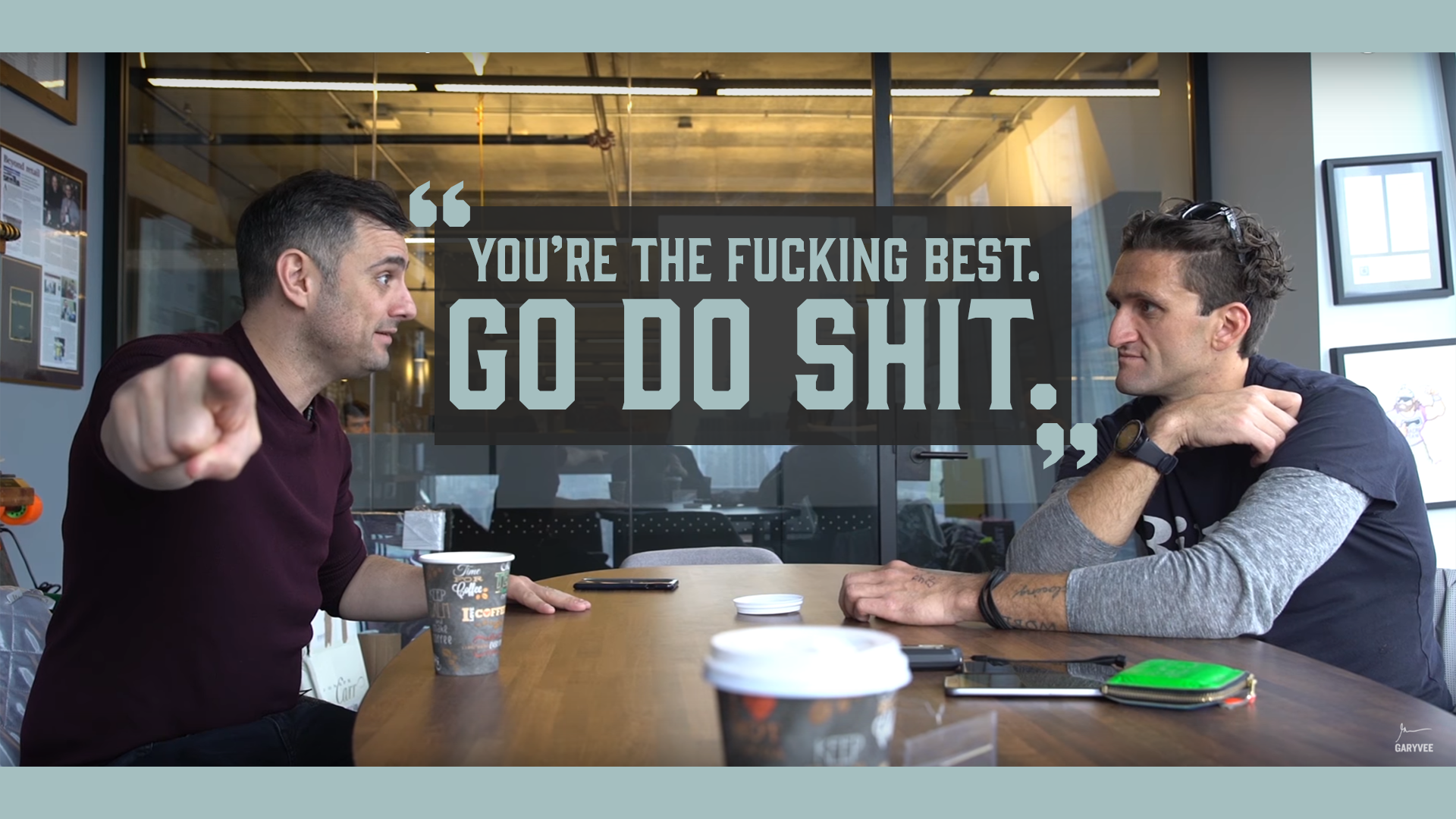 Grayvee journey to become a popular face on social media began with a show called Wine Library TV where he shared and promote his website with a daily session of only 20 minutes. He was then called on a famous TV show- The Conan Show after which he became a popular face and other popular TV shows started featuring his business. He continued to produce vlog videos where he used to share his lessons on client meetings, press events, and give financial advice. He shared his success stories and struggles during the journey. He remained transparent and honest throughout his journey. Around 1,899,943 subscribers are following him on youtube till now. A digital marketing agency “Vayner media” was started by him along with his brother. Throughout his journey, he had learned many marketing and branding skills. He shares all these here and provides robust marketing strategies to the biggest firms and corporations of the globe. The NBA, Chase, Toyota and more are some of the big clients he has.

Gary has a powerful presence and is the most talked about entrepreneurs of the time.

6 Key Tips And Considerations When Shopping For A Diamond Ring

How to Choose the Best US Stock Trading Apps in Japan?

Sports betting has arrived in the US: here’s what you need to know